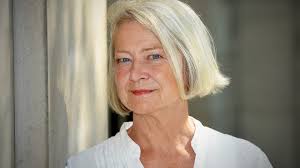 I’m a huge radio nerd and Kate Adie fan, so was really delighted to have a couple of pieces on the BBC’s flagship show From Our Own Correspondent this year. The programme airs on Radio 4 and the World Service.

The first piece, which aired in October, tells the story of Ali (not his real name), a survivor of what has been dubbed Pakistan’s biggest sexual abuse scandal. He was one of hundreds of victims of a child abuse ring in the city of Kasur, in Punjab. But despite widespread media coverage of their case, justice has been elusive, and Ali and other survivors are facing social exclusion.

The second story, which also aired first in October, looks at the many internally displaced people in Iraq who are living in half-built construction sites in Erbil. Many of these buildings were abandoned by property developers when the conflict with ISIS began, and they have been repurposed as homes for the million people who lost their homes.