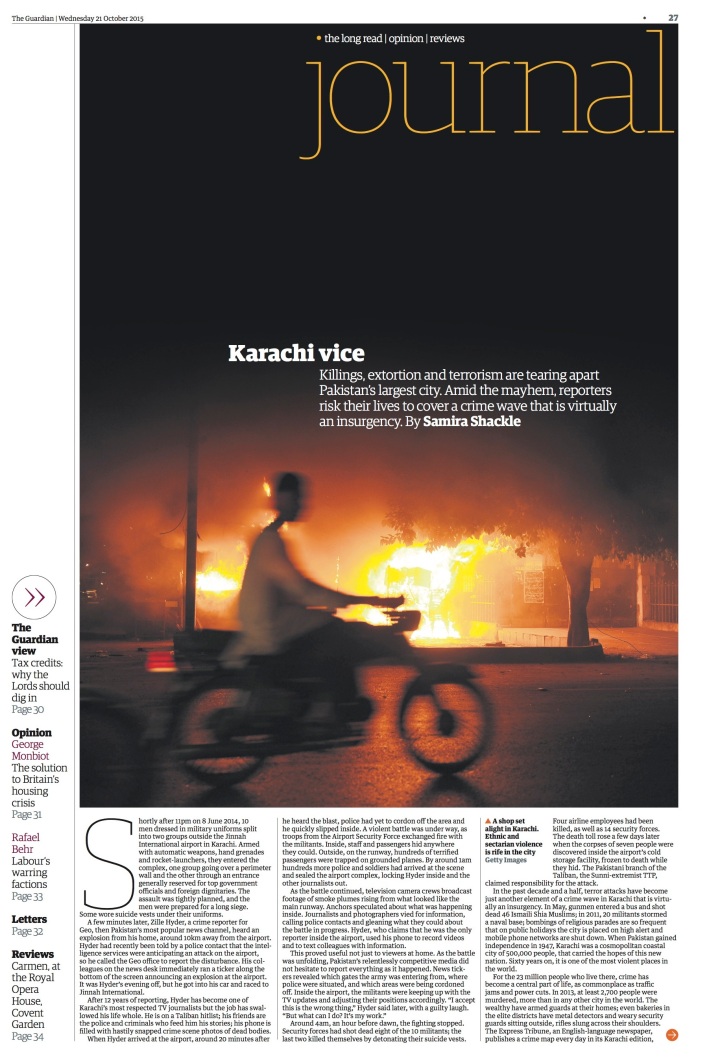 The blog of this website contains a fairly comprehensive and semi-frequently updated record of my most recent work. Here is a selection of some of the pieces I’ve been proudest of working on over the last few years. In no particular order:

1. Why we may never know if British troops committed war crimes in Iraq (June 2018)

This months-long investigation looked at the British government’s failed attempt to assess whether soldiers committed war crimes in Iraq. The story was agenda setting – it inspired a TV documentary investigating the same topic, and was used as part of the formal submission to the International Criminal Court on Britain’s culpability.

2. Trojan horse: the real story behind the fake ‘Islamic plot’ to take over schools (September 2017)

I reported this story for Guardian Long Reads for over a year, speaking to everyone from teachers who were implicated in the Trojan Horse affair, to politicians and councillors, local residents and whistleblowers. It was an attempt to look back at what exactly happened in Birmingham’s schools and why it became a national scandal.

3. Karachi vice: inside the city torn apart by killings, extortion and terrorism (October 2015)

Written for the Guardian’s Long Read section, this piece follows a crime reporter in Karachi as he goes about his dangerous daily life, delving into no-go zones and keeping up links with police and criminals.

A couple of years after the Karachi crime reporter story, I wrote another long-form piece tracking the day to day life of a resident of this city – this time an ambulance driver, working for the world’s largest voluntary ambulance service. Originally written for Mosaic, the piece was subsequently republished by Guardian Long Reads.

This New Humanist cover feature examined the spate of brutal murders of atheists in Bangladesh. It was one of the first pieces in the British media to explore the root causes of this violence, and to speak to two survivors of similar attacks. In August 2015, a slightly shorter version appeared in the Guardian.

In this long feature for Prospect, I reported on transitional justice in Iraq in the aftermath of the battle for Mosul. The piece focuses on a single refugee camp, where former Isis members and victims of the group are placed in close quarters – a microcosm of wider tensions.

7. Violent crime is like infectious disease – and we know how to stop it spreading (July 2018)

What does it mean to take a “public health approach” to violence prevention? I travelled to Chicago and Glasgow for this story on the epidemiologists pioneering a new method of tackling violence. The stoy was originally written for Mosaic, but was republished by the Guardian Long Read. It triggered wide discussion within government, with the then shadow home secretary Diane Abbott citing the piece as “important evidence” for this policy.

For Prospect magazine, I profiled Manzoor Pashteen, the figurehead of a non-violent civil rights movement in Pakistan. The PTM advocates for the rights of the Pashtun ethnic group – and poses a broader challenge to military authority.

In this article for Al Jazeera, I interviewed Somali women politicians, struggling against not only the dire security situation in the country but also against regressive social norms. I had planned to visit Somalia, but the trip was cancelled for security reasons, so I spoke to these impressive women in Kenya.

This essay for Guernica recounts my experiences on a strange military press trip to Gwadar, a remote outpost in southern Pakistan which is seeing heavy investment from China. The piece takes in the troubled separatist history of Balochistan, and problems with the prospective development of the area.