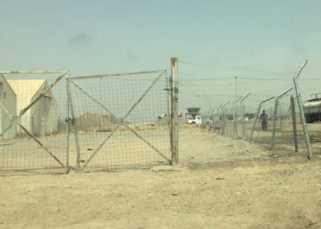 During my trip to Iraq in the autumn, I spent some time at the Kurdish-administered Khazir refugee camp, which mostly accommodates people who have fled Mosul. Among the many victims of ISIS are the families of fighters and low level officials, many of whom are now facing an uncertain future. The Iraqi state is doing little to pursue reconciliation, instead taking a harsh line and prosecuting everyone who had a role under ISIS occupation.

The question of who should take the blame, and to what extent, is grimly complicated. And one sharp question presses for the likes of Salem’s family: is there a way to achieve justice for the appalling individual misdeeds that took place during the IS era, without descending into chaos and collective punishment?

I interviewed the two widows of the same ISIS official, a man suspected of involvement by the authorities, and a young woman who had endured unimaginable cruelty at the hands of ISIS. The resulting piece is a lengthy feature in the February 2018 issue of Prospect. You can read the full piece over at Prospect, and a clipping is below. I also appeared on Prospect’s monthly Headspace podcast to discuss the report as well as some of the other excellent essays in the magazine. 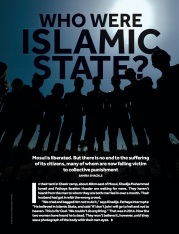 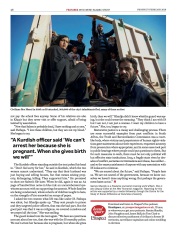