So far this year, four atheist writers in Bangladesh have been brutally murdered, hacked to death on the streets. They are the latest victims in a line of violent attacks that have taken place over the last two years. In a long report for the New Humanist, where I am assistant editor, I attempted to take a closer look at these attacks: why is it happening, and what is the fall out for those left behind? I interviewed Rafida Bonya Ahmed, an American-Bangladeshi who survived the brutal machete attack that killed her husband Avijit Roy in February. I also spoke to Asif Mohiuddin, the first blogger to be attacked in this way in January 2013. He was subsequently arrested by the government. They told me of the horrendous personal cost they have paid, as well as discussing the double threat to atheists in Bangladesh – fundamentalist violence on the one hand, and official repression on the other. I also examined the historical factors contributing to the current rise in extremist violence in Bangladesh.

An abridged version of the article appeared in the Guardian in late August; you can read it online, or the clipping is below. The longer version (which contains a fuller explanation of the historical factors) is in the current issue of the New Humanist. I’l post the link and clipping when it’s online. 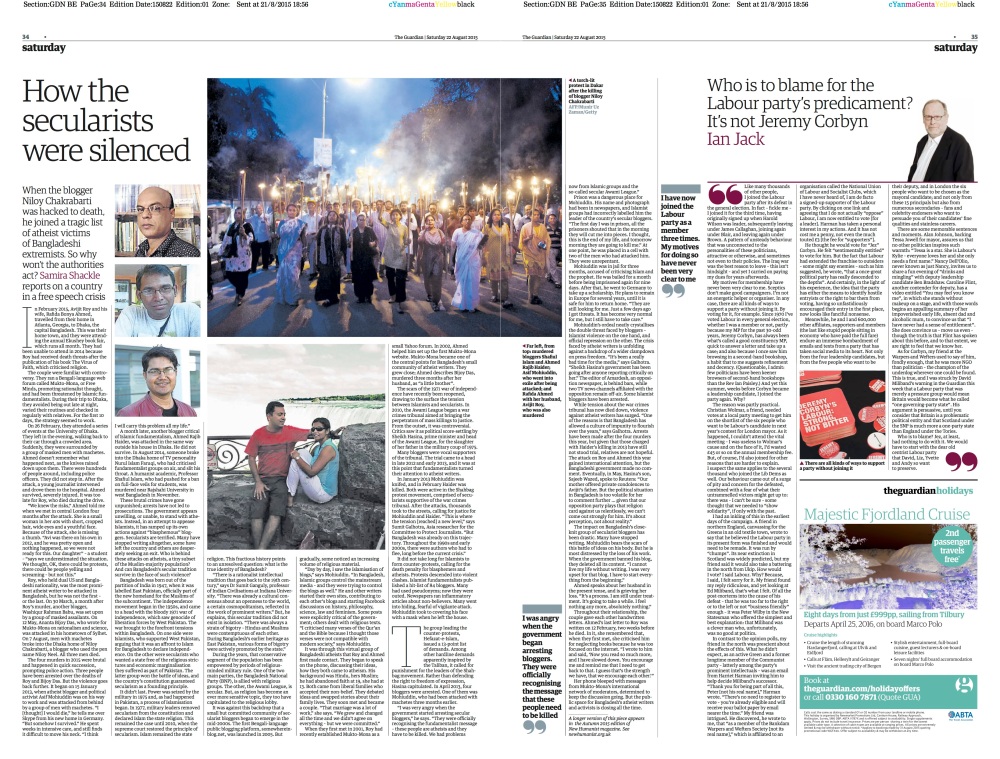