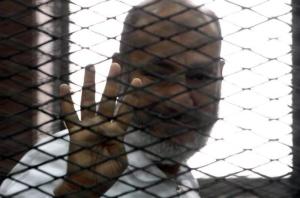 Last week, Downing Street announced that it would hold an investigation into the operations of the Muslim Brotherhood in London. The inquiry aims to establish whether the Brotherhood is a threat to British national security. Given that the organisation is the biggest political force in the Middle East; that it was, until recently, in power in Egypt; and that its affiliates remain in power in many different countries in the region, the suggestion that it is involved with violent extremism in the UK has been controversial. I wrote a piece for Al Jazeera, unpicking the possible reasons for the inquiry.

When it comes to any hint of violence, the UK is taking no chances. “The British don’t want to make the same mistakes they did in the 1990s, when Britain was accused of becoming a theatre for militant Islamists,” says Gerges. “The British government is not, as it has said, up-to-date on the Brotherhood in the aftermath of the Arab uprisings. They want to understand.”

A UK government spokesperson said it was “possible, but unlikely” that Britain would follow its allies in Saudi Arabia and the UAE in classifying the Muslim Brotherhood as a terrorist organisation.

Yet many analysts have balked at the inquiry’s suggestion that the group poses a threat to British national security. “This is a communitarian, religious, conservative movement that focuses on politics and social mobilisation as the basic tools of its actions,” says Gerges. “Even if some individual members of the Brotherhood have engaged in violent activities, I don’t think this reflects the strategy or worldview of the organisation.”

The full piece is over at Al Jazeera’s website.