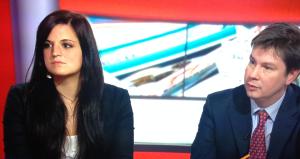 On 14 January, I appeared on the BBC News Channel’s paper review, with Oliver Wright from the Independent. A short write up is here.

This year’s elections were the most violent in the country’s short history. What next?

The Ahmadi sect in Pakistan have been persecuted for generations, and now a British citizen has been imprisoned.

Earlier this year, I met victims of acid attacks in Islamabad. This piece looks at the phenomenon across South Asia.

This blog asked how effective western threats of withdrawing aid are in preventing repressive legislation abroad. 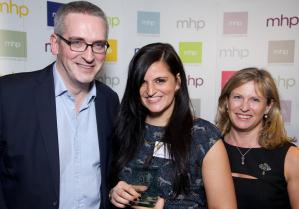 I’m delighted to have been named one of MHP’s “30 to Watch”. The awards (which started in 2012)  recognise the UK’s most talented journalists under 30. The full list of this year’s winners is over at MHP’s website.

Legal reforms don’t tend to be headline news. But cuts to legal aid could have – and is already having – a devastating impact on our legal system. Lawyers’ fees are to be cut, and the criteria for eligibility for legal aid has already been tightened. Legal aid – ensuring access to justice and a fair trial regardless of wealth – is a crucial part of our justice system, and these swingeing cuts are putting it at risk.

This is already having an effect, as I found out while writing a feature on legal aid cuts for the New Statesman (published 13 January). You can read the full piece at the NS website, and here’s a short excerpt:

Taken together, the effect on both civil cases (like family law and immigration) and criminal cases (like assault or theft) is devastating. “What we’re seeing is the unemployed, the poor, the marginal, being prevented from accessing justice,” says Ben Bowling, professor of criminology and criminal justice at King’s College London. “The first thing that will happen, to put it crudely, is that people will be put off taking action against state abuses, for example. At the moment we have justice by geography and this will be justice by wealth. Allowing ‘ordinary’ people to seek redress in court is, in a sense, a way of defending the poor – and that is not a vote winner.”

The piece was well-received, with the shadow justice minister Andy Slaughter recommending it on Twitter, among others:

Powerful piece from @SamiraShackle in @newstatesman on how Grayling's #LegalAid reforms are hurting the vulnerable. http://t.co/Bv7CN3sVvV

On 9 January, one of Karachi’s top policemen was killed by the Taliban. Chaudhry Aslam, who headed the city’s counter-terrorism operations, was a controversial figure who had faced at least 10 previous assassination attempts.

I wrote a piece for Vice magazine about Aslam, looking at his life, his death, and his legacy. You can read the full piece over at the Vice website, and here’s an excerpt:

In a country where many politicians and public figures are afraid to speak out against the Taliban and other extremist groups, Aslam’s belligerent attitude earned him a folk hero status. When I met him in December of 2012, he was dressed, as usual, in a white salwar kameez (Pakistan’s national dress) and a flashy watch. He chain-smoked and carried a Glock pistol. “My religion tells me that everyone must die in the end,” he told me. “So I fear nothing. I have seen too much to be afraid.”

Since the year has drawn to a close (and I’m avoiding getting started on 2014), I thought I’d post links to some of the articles I most enjoyed working on in 2013. I had a brilliantly interesting year, in which I covered Pakistan’s first ever democratic transition in May, and lots of other great stories in both Pakistan and Britain.

1. Politicians of the third gender: the “shemale” candidates of Pakistan (New Statesman)

This year was the first time that Pakistan’s “hijra” community were eligible to vote and stand in elections. I traveled to different parts of the country to meet the trans women breaking down boundaries to stand as candidates. Quite apart from the political implications, it was a fascinating insight into the world of a marginalised community.

I wrote this piece as part of a series on Pakistan’s minorities in the run up to the election, also including this piece on the Hazara, and this on the Ahmadis.

2. Syria: my journey into a nightmare war (Guardian)

Much has been made of British men joining the fight in Syria. This coverage has mainly focused on the terror threat these men pose on their return, and on the luxury of the so-called “five star jihad”. In November, I had the opportunity to interview a young British Syrian who had a very different story to tell. Motivated not by radical Islam but by the desire to fight alongside his family, he returned traumatised and disillusioned. This is one of very, very few interviews with a British veteran of the Syrian conflict to appear in the press.

Published near the beginning of the year, this long article for Prospect took a detailed look at the scope of militancy in Pakistan and different counter-terrorism programmes attempting to combat it. What I particularly enjoyed about researching this piece was discovering a whole world of innovative – and often, it seems, effective – programmes to tackle militancy, ranging from “deradicalisation centres” to programmes to teach mothers critical thinking so that they would be empowered to question their sons.

It’s behind a paywall at the Prospect site, but the PDF is published here.

This was another article written during the run up to the May election in Pakistan. It was an election that saw a record number of female candidates including, for the first time, some from the conservative tribal areas. I interviewed female politicians and looked at the role they played in the last parliament. What I loved about doing this piece was not only speaking to inspirational women fighting extraordinary odds to secure representation, but presenting a side of Pakistan which is not often seen in the western media.

5. Why would anyone believe in the “Islamophobia industry”? (New Statesman)

I was still living in Pakistan when the horrendous attack in Woolwich took place. I watched from afar as the images of the murderers were broadcast – and as far right groups like the EDL attempted to monopolise the incident for their own ends. After I moved back to London, I wrote this in-depth piece about the ensuing backlash against British Muslims, asking whether this is something that we, as a society, need to worry about.