On 3 July, Egypt’s first democratically elected president in six decades, Mohamed Morsi, was ousted in a military coup. One country that has had no shortage of military coups is Pakistan, which recently celebrated its first ever democratic transition from one civilian government to another. I wrote a piece for the August issue of Prospect magazine comparing the two countries and exploring what Egypt could learn from Pakistan.

The piece is online here (behind a paywall), and here it is as it appeared in the magazine: 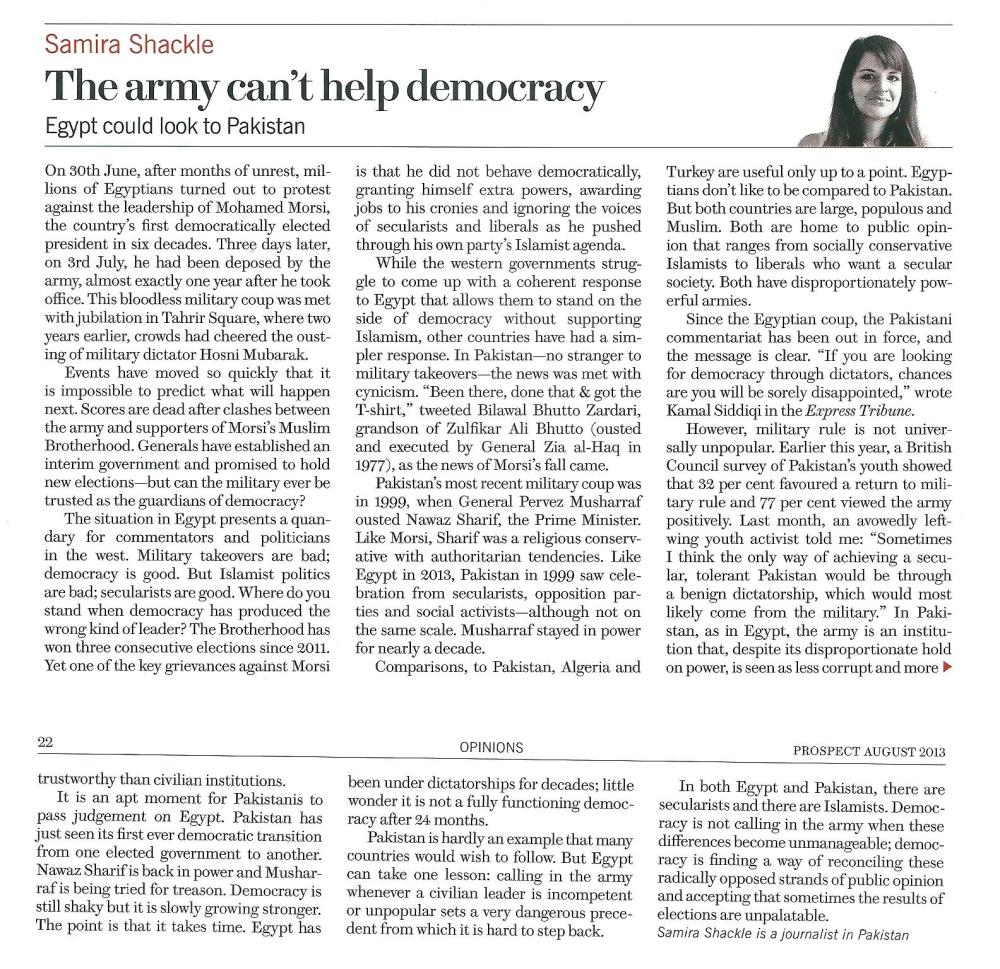 I also wrote several blogs on the situation in Egypt for Middle East Monitor, notably here, here, and here.